In March 2017, several members of the CSJ Justice and Peace International Commission attended the United Nations 2017 Commission on the Status of Women. The theme for the Commission was “Women's economic empowerment in the changing world of work.”

In preparation for this meeting, we asked Sisters and Associates to send stories of how women were making a difference. Below we have pulled out some key themes in the stories, most of which came to us in English. If you would like to read the full stories in English, you can do so at Women Stories.

We received many heartening stories filled with themes of creativity and empowerment through skill development and community-building. For example: “Sewing is a valuable skill that helps the women become more independent and self-sufficient. Their self-confidence grows with each finished project. They are in a safe place where they can be creative and self-expressive. Community is formed among the women in each session as they encourage one another and work through the challenges of each project.” (Concordia, Kansas)

We also saw the strength that comes from solidarity and social inclusion as, for instance, caring neighbours reached out to families in which mentally challenged parents struggled to care for physically and mentally challenged children. Care and compassion were manifest through concrete acts that provided access to nutritious food, health centres, self-employment opportunities and education (Zana, Peru)

We were touched by stories of resilience such as that of Ecarlatte who became homeless after the Haiti earthquake of 2010. Then, when her life changed over time and she became co-director of a children’s centre, her strong sense of respect for the dignity of each person impelled her to be an outstanding director of staff at the centre, imparting “hope, respect dignity, and human relation skills to women for whom none of these is familiar.” Her suffering did not destroy her spirit; it made her an agent of change in her local area. (Port au Prince, Haiti)

And we were inspired by women of strength and determination: Amina, a native of Ghana who was abused by her husband until she left with her baby and began a journey that would take her not only to the United States but also to informal schooling and eventually community college and a full-time job. “Education is her first goal in life [and Amina] has great determination to achieve her goals for herself and her daughter.” (U.S.A.)

Then there’s Connie Greyeyes, an Indigenous woman from the Bigstone Cree First Nation. She has been speaking at the October 4th national vigil for missing and murdered Indigenous women and girls for several years. “Connie’s insights point to layers of interconnection at the root of injustice”: Indigenous women are thrust into vulnerable situations by many factors such as low-paying jobs, inadequate government supports and services, gender discrimination, and disconnection from the land which undermines community health, cultural identity and wellbeing. Her insights reveal that liberation and healing require justice. (Fort St. John, British Columbia, Canada)

The great contribution of Civil Society at the UN is that Non-Governmental Organizations (NGOs), such as the global body of the Congregations of St. Joseph, work together to deepen the empowerment agenda so that it is focused as much as possible on transforming the systems that exclude some people from social and economic empowerment. It’s about identifying the barriers that are holding people back.

There’s a story, often used by groups that reach out to people who have been marginalized, that highlights the difference between giving a hungry person a fish and teaching the hungry person to fish. By teaching someone a skill, we empower them. A transformation agenda acknowledges the importance of skill-development and, at the same time, looks deeper. It asks: Does that person or group have access to the pond in which the fish are found? Do they have the same access as other people? If not, why not?

A transformation agenda teaches us to engage the stories of the people around us with a lens that focuses on the barriers that make it difficult for people to access the basic resources and opportunities that the rest of us take for granted. How does racism keep people from getting good jobs? Where do we see gender-discrimination holding back women from reaching their full potential? In what ways does the gap between rich and poor marginalize people from participation in both society and the economy?

These stories of women point to gaps in the system and reveal the need to transform culture, society, economy and politics through awareness-raising, changes in social and economic structures, and changes in public policy. In part, this political advocacy happens at the global level at the UN. For example, the Sustainable Development Goals (https://sustainabledevelopment.un.org/?menu=1300) provide an important road map for how we need to change as a global community.

At the same time, such high-level changes only happen when efforts are made to shift political attitudes, policies and structures at the national level. That is, our UN-NGO will only have as big an impact as the collective impact of our advocacy efforts at the national level. The wideranging agendas as the Sustainable Development Goals will play out differently in our different countries, but it is the synergy of our combined efforts that will have the power to change systems, both locally and globally. 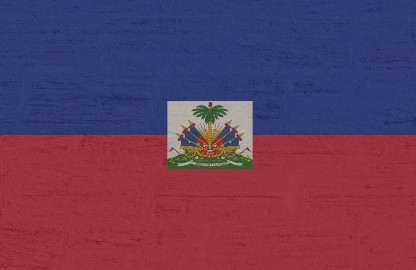