Synopsis: The Maxims of the Little Institute, written by Jean Pierre Medaille, SJ for the first Sisters of St. Joesph, are 100 short sayings to help the sisters grow in virtue. Sr. Marcia Allen, CSJ presents a nine-part series that helps viewers to read these Maxims in contemporary context and in the context of one's own life circumstances.

Part 1: Language and the Maxims. The importance of understanding the mystical language in the classic texts of the Maxims of the Little Institute.

Part 2: Foundational Concepts. Sr. Marcia begins to put some of these concepts into the perspective of their time and possible meaning of us today. She touches on Ignatian Trinitarian Spirituality, introducing the devotion to the Uncreated and the Created Trinity, and the values ascribed to each person in each Trinity.

Part 3: Devotion to the Two Trinities. In this segment Sr. Marcia continues to discuss the two trinities and the six virtues.

Part 6: Maxims and Themes. Sr. Marcia Allen talks about what maxims are in general, and follows this with a discussion about the major themes of the 100 Maxims of the Little Institute.

Part 7: Mystical Aspects of the Maxims. Sr. Marcia illustrates the paradox of opposites in the maxims and describes their mystical aspects.

Part 8: Summary of the Maxims. Sr. Marcia provides an outline of the way the maxims are organized.

Part 9: Twenty-first Century Mysticism. Sr. Marcia invites us to open ourselves to our essential kinship with the world. 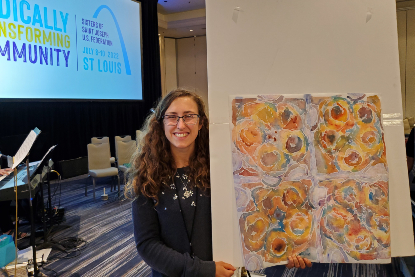