Synopsis: The Maxims of the Little Institute, written by Jean Pierre Médaille, SJ for the first Sisters of St. Joesph, are 100 short sayings to help the sisters grow in virtue. Sr. Marcia Allen, CSJ presents a nine-part series that helps viewers to read these Maxims in contemporary context and in the context of one's own life circumstances.

Synopsis: This two part presentation was given at the 2016 Federation Event in Orlando, FL. Flow is an energy state in which an individual or a group is caught up in, totally taken over by something greater than and beyond themselves. They become totally absorbed in what they are doing, and there seems to be an ease, a "flow", that requires little conscious thought to perform the action. Sister Pat relates the concept of flow to a divine, cosmic, ongoing unfolding movement of love that connects all creation as one.

Maxims of the Little Institute - original translation, a modern version, and a commentary: This document really consists of three resources. The first part contains a translation of the text of the Maxims, as adapted by Marcia Allen, CSJ. The second part is a modern reinterpretation of the Maxims by students of Susan Wilcox, CSJ, written in modern colloquial language. Finally, a commentary by Mary Helen Kashuba, SSJ on these Maxims includes their origins and provides insight into how to read and pray with them. (As found on the Philadelphia SSJ site.)

Love's Design - An Invitation to Reflect on the Maxims of the Little Institute, by Marcia Allen, CSJ, Sisters of St. Joseph, Concordia, KS (1998): This booklet contains a reflection on each of the Maxims. To order a copy, contact Manna House of Prayer at retreatcenter@mannahouse.org or 785-243-4428.

Part I of the Maxims of Perfection are believed to be a reformulation of the Maxims of the Little Institute. The Maxims are more fully developed and organized into chapters. They are also intended for a broader audience - all Christian souls "who aspire to the great virtue." Part II, authored later in Médaille's life, was added as an exercise for "stripping self of self, putting on Christ Jesus and imitating him in his hidden and public life in the form of prayers and conversations with the Savior himself.

Maxims of Perfection - for those who aspire to the great virtue, Jean-Pierre Médaille, McCarty Printing Corp., Erie PA 1979: This translation in booklet form was commissioned by the U.S. Federation of the Sisters of St. Joseph, and was produced by the intercongregational Research Team under the direction of M. Nepper, SJ. A PDF version of this publication can be found in The Little Congregation of the Daughters of St. Joseph - Primitive Texts in Translation, pp. 1-26, as found in the (U.S. Federation Digital Archives, hosted by Avila University - This link opens in a new window.) 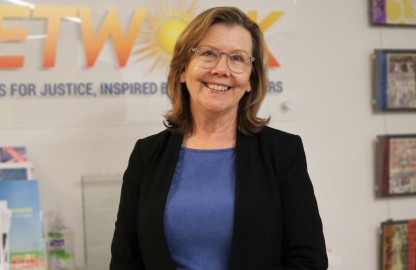