Sr. Maryellen Kane (she/her), a Sister of St. Joseph of Brentwood, became the executive director of the U.S. Federation of Sisters of St. Joseph on January 1, 2020. Prior to her role at the Federation, she served as Parish Life Coordinator at the St. Mary Magdalene Parish in Queens, New York City for the last 15 years. Previous to this, she served as Pastoral Associate in a number of parishes in the Diocese of Brooklyn.

Kristen is also a fierce healthcare advocate. She is the chapter leader for T1International's Connecticut #insulin4all chapter, a group that advocates for affordable and equitable access to insulin and diabetes related supplies. She also serves as co-chair of T1International's Federal Working Group. Her testimonies have been featured at the Connecticut state capitol and the U.S. Senate floor. In 2020, she attended the Presidential State of the Union as a guest of U.S. Representative Rosa DeLauro. As part of her work, she was invited to participate in the World Health Organization's Informal Consultation with People Living With Diabetes in preparation for the launch of the Global Diabetes Compact in April 2021. She has been featured in and/or written for: BBC, Berlingske, CBS Evening News, Financial Times, NPR's "All Things Considered," SELF Magazine, WNPR, Hartford Courant, the Lisa Wexler Show, Connecticut Post, and more. Kristen is a proud graduate of Quinnipiac University, with a B.A. in psychology and political science.

Lisa Cathelyn (she/her) joined the U.S. Federation staff in August 2021 as the Federation's first JPIC coordinator. Formed in feminism, Catholic Social Teaching, and Ignatian Spirituality, Lisa has training in trauma-informed pastoral care, preaching and presiding, bilingual prison ministry, retreat facilitation, and international immersions. Lisa traces her enthusiasm for the common good and cross-cultural connections through a semester abroad in El Salvador, agricultural research in India, teaching English in Vietnam, and a contextual course in Israel-Palestine. Lisa earned a B.A. in Spanish from Marquette University and Master of Divinity from the Jesuit School of Theology in Berkeley, California. She also obtained a Women Studies in Religion certificate through the Graduate Theological Union. Prior to working at the Federation, Lisa worked as a campus minister at a Catholic, women’s college in Milwaukee, Wisconsin.

Lisa first became familiar with the phrase "love of God and dear neighbor without distinction" as a St. Joseph Worker-Minneapolis in 2013-2014. During her time in Minnesota, she worked as a health care services navigator at a K-8 bilingual Catholic school and at a human services agency that focused on ending homelessness. One of her favorite memories was advocating at the Minnesota State Capitol for increased affordable housing funding in the state budget – all while wearing a building costume made out of cardboard.

In addition to her pastoral ministry, Lisa serves as a table host for The Dinner Party, a platform for grieving folks in their 20s, 30s, and 40s to connect with one another in life after loss. She also serves on the Milwaukee CCHD Review Board. Lisa is a co-author of the book Dear Joan Chittister: Conversations with Women in the Church, a project that emerged from the inaugural Joan Chittister Institute for Contemporary Spirituality in 2018. The series of letters between Joan Chittister and millennial theologians reflect on sisterhood, speaking truth, and standing up to patriarchy. Dear Joan was a 2020 finalist in the general interest category for the Association of Catholic Publishers Awards.

Other Sisters of St. Joseph Federations 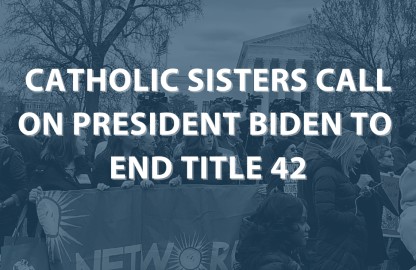