It was forty years ago on December 2, that four American Catholic churchwomen — four missionaries— were tortured, raped, shot, and murdered in El Salvador by National Guardsmen of the military-led government.

Two of the women, Sisters Ita Ford, M.M. and Maura Clarke, M.M. were members of the Maryknoll Missionaries, ages 40 and 49, respectively. Sister Dorothy Kazel, O.S.U., age 41, belonged to the Ursuline Order in Cleveland, OH, and Jean Donovan, age 27, a lay missionary, was Sister Dorothy’s associate. In the spirit of Archbishop Oscar Romero, the women served the poor, training catechists, preparing programs, and caring for the many practical necessities of daily life for those unable to care for themselves. As with the Archbishop, they had been under close surveillance by the government.

Events Leading Up to the Murders

The chilling events leading up to the murders were carried out quickly, decisively, and with savage brutality – the essence of assassinations. Below is a summary account of those events.

The two Maryknoll churchwomen, Sisters Ita and Maura were returning to El Salvador from a two-month regional conference in Managua, Nicaragua. Sr. Dorothy and Jean drove to meet them at the airport. They were in a white van. The flight was scheduled for arrival at 9:11 PM. Shortly thereafter, the four left the airport, headed down the main road, homeward bound.
Five uniformed assassins, who changed into civilian clothes, waited for the women in the stealth of night. About 15 miles from the airport, the attackers stopped the white van and took the women to a semi-secluded location. There they executed the well-planned orders of their commander. The massacred bodies lay exposed at the side of the road.
Local who saw the white van only later reported that they had heard machine-gun fire followed by single shots. The five men fled the scene, reported the locals. The lights in the van were on, the radio blaring. The van was then set on fire at the side of the airport road. No further details were available.

Some local residents found the women’s bodies. The authorities, a judge, three members of the civil guard, and two commanders, forced the men to bury the women nearby in a common grave. The local men obeyed, but they informed their parish priest, Fr. Paul Schindler, of the murders. He himself had inquired about Jean and Sr. Dorothy. News of the assassinations was dispatched to the local Catholic bishop and the U.S. Ambassador to El Salvador, Robert White. Curiously enough, it was the feast day of St. Francis Xavier, the great missionary saint.

The bodies were exhumed in the presence of fifteen reporters, other missionaries, and Ambassador White. Maryknoll Missionary Sr. Madeline Dorsey, from a nearby mission and an eyewitness, describes the scene in her own words: “Then came the painful extraction of the four—piled one on top of the other. Jean was the first, her lovely face destroyed. Dorothy had a tranquil look. Maura’s face was serene but seemed to utter a silent cry, and last little Ita. I went forward to wipe the dirt from her cheek and place her arm at her side. We Sisters fell to our knees in reverence. I felt it was a Resurrection moment. Yes, their dead and abused bodies were there, but I knew their souls were with their living Savior.”

A Mass of the Resurrection was celebrated by Bishop Arturo Rivera y Damas.

On the next day, the bodies of Jean Donovan and Sr. Dorothy Kazel were flown back to the United States for burial. In keeping with the tradition of the Maryknoll Missionaries, the bodies of Sisters Ita Ford and Maura Clarke were buried at their mission in Chalatenango, El Salvador.

In 1984, four national guardsmen were convicted of the massacre and were sentenced to 30  years in prison. Their immediate superior was also charged and convicted of the murders. Some of these were subsequently released from prison.
Sr. Ita Ford’s brother William, an attorney, has spent more than 25 years in the U.S. court system attempting to obtain justice for his sister and the other three slain women. A legal battle has ensued to have these men brought to the United States. The case is not yet resolved.

Who Were These Churchwomen?

Jean Donovan, raised in an upper middle-class home, was educated in fine schools. On completion of her master’s degree in business from Case Western Reserve University, she took a position as a management consultant in Cleveland. She was engaged to a young physician but felt the call to volunteer for youth ministry with the poor. After completing her training as a lay missionary at Maryknoll, NY, she went to El Salvador in 1977 with Sr. Dorothy Kazel.

Some weeks before she died, Jean wrote to a friend: “The Peace Corps left today, and my heart sank low. The danger is extreme, and they were right to leave…several times I have decided to leave El Salvador. I almost could, except for the children, the poor, bruised victims of this insanity. Who would care for them? Whose heart could be so staunch as to favor the reasonable thing in a sea of their tears and loneliness? Not mine, dear friend, not mine.”

Sister Dorothy Kazel, O.S.U. first taught in Cleveland and then did missionary work among the Papago Tribe in Arizona. She felt the call to join the mission team of the Diocese of Cleveland. Both she and Jean Donovan worked in the Church of the Immaculate Conception. Dorothy was known as “an alleluia from head to toe.” She and Jean worked not far from the mission of the Maryknoll Sisters.

Sister Ita Ford, M.M. was the cousin of Bishop Francis Xavier Ford, M.M., the first seminarian to apply to the newly established Maryknoll Fathers, founded in 1911. He went to China as a missionary and in 1952 was martyred in a Communist prison camp.
Sr. Ita was taught by three religious institutes before entering the Maryknoll Missionaries, the semi-cloistered Visitandine Sisters, the Sisters of St. Joseph, and the Religious of the Sacred Heart of Mary. Prior to entering the convent at Maryknoll, she worked as an editor in a publishing company for seven years. As a missionary, she served in Bolivia, Chile, and then finally in El Salvador where she ministered to the needs of the poor.

At the closing Liturgy in Managua, Ita had read a passage from one of the Archbishop’s final homilies: “Christ invites us not to fear persecution because, believe me, brothers and sisters, the one who is committed to the poor must run the same fate as the poor, and in El Salvador we know what the fate of the poor signifies: to disappear, be tortured, to be held captive – and to be found dead.”

Sister Maura Clarke, M.M. was the oldest of the four slain churchwomen. She had spent 17 years in Nicaragua working against the dictatorship there and was assigned to El Salvador only months before her death. “If we leave the people when they suffer the cross, how credible is our word to them?” she wrote only weeks before her death. “The Church’s role is to accompany those who suffer the most, and to witness our hope in the resurrection.”

The murders of the women missionaries occurred some 10 months after the assassination of Archbishop Oscar Romero by a similar death squad. He was shot in March 1980 while celebrating Mass and just as he completed a homily on the government’s oppression and civil rights violations against the poor. Archbishop Romero’s cause for canonization was opened in 1997 by Pope John Paul II. On May 23, 2015, Pope Francis beatified him.

Like the Archbishop, Jean, Dorothy, Ita, and Maura were martyred for their faith. Like him, they are worthy to have their cause opened for canonization. As martyrs, two miracles would be waived since they died “in perfect charity.”

[Sr. Joan L. Roccasalvo, a member of the Sisters of St. Joseph of Brentwood, holds degrees in philosophy (Ph.L), musicology (Ph.D.), theology (M.A.), and liturgical studies (Ph.D). She has taught at all levels of Catholic education and writes with a particular focus on Ignatian Spirituality, a theology of beauty, and the sacred arts. Her e-mail address is jroccasalvo@optonline.net] 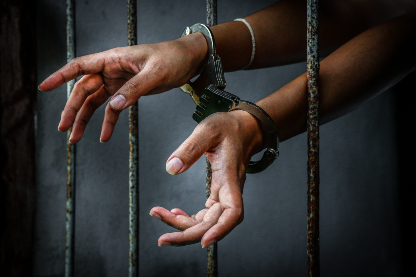 U.S. Federation of Sisters of St. Joseph Call for Change in the Cash Bail System