Crispina and Her Sisters

Women and Authority in Early Christianity

Discovering reliable information about women in early Christianity is a challenging enterprise. Most people have never heard of Bitalia, Veneranda, Crispina, Petronella, Leta, Sofia the Deacon, and many others even though their catacomb and tomb art suggests their authority was influential and valued by early Christian communities. This book explores visual imagery found on burial artifacts of prominent early Christian women. It carefully situates the tomb art within the cultural context of customary Roman commemorations of the dead. Recent scholarship about Roman portrait sarcophagi and the interpretation of early Christian art is also given significant attention. An in-depth review of women's history in the first four centuries of Christianity provides important context. A fascinating picture emerges of women's authority in the early church, a picture either not available or sadly distorted in the written history. It is often said "a picture is worth a thousand words." The portrait tombs of fourth-century Christian women suggest that they viewed themselves and/or their loved ones viewed them as persons of authority with religious influence.

Teaching Kids to Care About God's Creation: Reflections, Activities and Prayers for Catechists and Families

We all know Pope Francis has issued an urgent call to bring care for the Earth into both our spirituality and our daily actions. But how do we get started, especially with children and families? Here, Sister Mary Elizabeth Clark responds to Pope Francis call by offering thirty lessons that will engage children, catechists, and families in the good work of keeping our planet livable and sustainable for coming generations. Inspired by passages in Laudato Si (On Care for our Common Home), the lessons and practical activities are fun and thought-provoking. The reflections and prayers in each lesson help connect our practical actions to the gospel and deepen our spiritual sense of our common home. From activities for conserving water to developing a greater awareness of all of God s creation, this book will be a great resource for catechists and families.

A History of the Sisters of St. Joseph in the United States, Volume 1.

Anyone who wants to know more about where and why the sisters did what they did will find interesting responses in the lives of the women chronicled in this volume. Covering a geography from New York City to Los Angeles and Superior, Wisconsin to Florida, you will meet sisters who struggled with poverty and adversity, all for the sake of the people they called their "Dear Neighbor."

This book gives you the history of Jean-Pierre Médaille, the founder of the Sisters of St. Joseph. The book used archival sources to reconstruct Médaille's life and highlights his human, religious, and spiritual qualities. You can purchase the book, which is written in Italian, by clicking on the picture of the book on the right. This will take you to Internet Bookshop Italia.

Catherine T. Nerney, a Sister of St. Joseph, gently guides the reader on a narrative journey through and toward compassion for our fellow human beings, emphasizing our connectedness rather than our perceived differences. This small but powerful volume invites the local and universal Church to tear down walls of fear, certainty, and privilege, and to surrender to God’s compassionate heart as it beats in our broken world.

Intended as a connected series of reflective writings that impels action, this is a valuable resource for social activists, parish groups, and spiritual seekers looking for new ways to appreciate and deepen their faith. You can purchase the book by clicking on the picture of the book on the right which will take you to Orbis Books.

By: Rosemary O'Toole, Sister of St. Joesph in Canada

"Fire and Passion: The Mysticism of Bette Moslander," is a new book by Sisters Marcia Allen and Gilla Dubé. The book is a compilation of excerpts from Sister Bette’s writings and talks and contains original chalk drawings from her personal journal, complimented by reflection questions written by Sister Marcia. A prophet in her own time, Bette’s words still ring true for these times and offer consolation and challenge.

What has become increasingly clear to me is that the spirit of love which inspired our beginning continues to be the grounding force for moving ever forward and inward into the great love of God and all without distinction. My hope is that the reader will also sense the inspiration of the founders that continues to be manifest in the unfolding diversity and unity of the communities of St Joseph today." 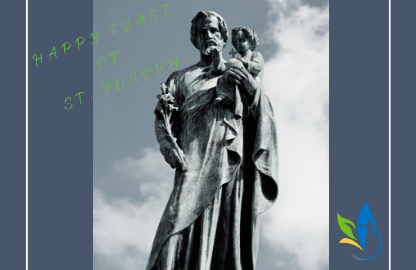